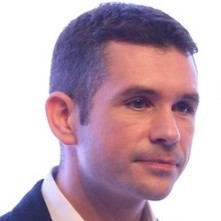 Richard Allbert studied Mechanical Engineering at the University of Sheffield, whilst working as a Project Engineer for Pirelli Tyres UK. With Pirelli, he has had varying responsibilities, including Plant Production, Planning, Efficiency, Logistics - spending 5 years in the UK and then 5 years in Germany. During his time at University, he became passionate about software development, specifically AI. Alongside his career with Pirelli he has developed software for many uses, including hardware interfaces, mobile games and business applications, data science, and can program in a variety of languages. Recently, he has worked at Pirelli HQ in Milan, initially responsible for Manufacturing Quality, and now leading the team of Smart Manufacturing as part of Pirelli's digital transformation. As part of this initiative, he is helping push the introduction of the Agile approach into Pirelli's working culture.